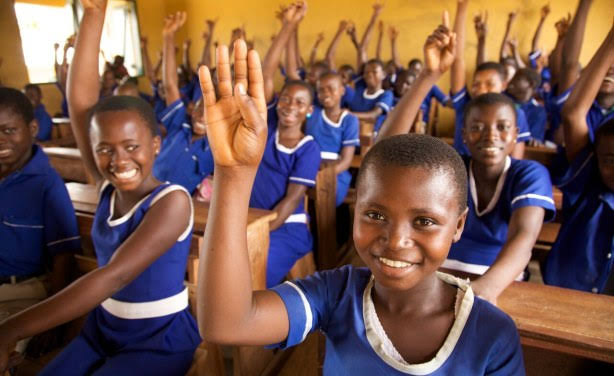 The United Nations General Assembly, on December 3, 2018, endorsed a resolution announcing January 24 to be the World Education Day or International Day of Education. This was introduced as a result of the exceptional role of education in bringing about global peace and development. The theme for this year’s celebration is ‘Changing Course, Transforming Education.’

As the world marks World Education Day today, the Nigerian education sector still struggles with high illiteracy levels, infrastructural decay, as structures constructed many years ago have not been renovated, or as a result of insecurity, terrorists destroy buildings and truncate the education process

Some argue that the present figure mentioned by the Minister is an improvement as the 2015 figure was put at 13.2 million. The concern ought not to be on the figure but on the circumstances that gave rise to the problem in the first place.

In a report by Save The Children, more than 1000 children have been abducted in the country since January 2021 and August. UNICEF on its part revealed that ‘One in every five of the world’s out-of-school children is in Nigeria. Even though primary education is officially free and compulsory, about 10.5 million of the country’s children aged 5-14 years are not in school. Only 61 per cent of 6–11-year-olds regularly attend primary school and only 35.6 per cent of children aged 36-59 months receive early childhood education.

UNICEF stated that the education deficit is worse in the northern part of Nigeria as net attendance is at 53 per cent.  Furthermore, in the Northeast and Northwest, the female primary net attendance rates are low at 47.7 per cent and 47.3 per cent, showing that over half of the girls are not in school for reasons embedded in cultural and traditional norms and economic issues.

Again, in the Northeastern part of the country, 2.8 million children are in need of education in three conflict-torn states of Borno, Yobe and Adamawa. In these states, it is noted that at least 802 schools remain closed and 497 classrooms are listed as destroyed, with another 1,392 damaged but repairable.

In 2020, according to media reports, UBEC’s budget was N671.07 billion, allocated to the Federal Ministry of Education. However, most of the affected states cannot provide the counterpart fund required, so as to be able to access these UBEC intervention funds.

The United Nations Educational, Scientific and Cultural Organisation (UNESCO), states that education gives children a ladder out of poverty to a promising future. However, an estimated 258 million children and adolescents around the world are said not to have the opportunity to get enrolled in or complete school, while ‘617 million children and adolescents cannot read and do basic math.

Similarly, the recent unfortunate happenings in different schools across the country, schools that ought be safe zones for young innocent Nigerians are no longer as secure, following the tragedy that befall school children like Sylvester Omoroni, Hanifa Abubakar, Keren Happuch Akpagher, and so many others.

Speaking on school vices, former Senate President Dr Bukola Saraki, advised Nigerians to dedicate the World Education Day to victims of murder, kidnapping, bullying, assaults among other social vices. Saraki condemned the recent trend of bullying, abduction, assault, and murder of school children by schoolmates, teachers, and kidnappers, and called for concerted efforts at the state and federal levels to curb such violence.

He said it is important for teachers and other school authorities to keep students safe across the country, as parents entrust their children to school systems with the hope that children will receive an education and come back home safely.

Furthermore, eperts have predicted that with the current level of insecurity in Nigeria, the number of out-of-school children is set to increase. It is, therefore, only right that on this important day, the federal government should see it as an opportunity to confront the shortcomings in the education sector and bring the number of out-of-school children to its barest minimum, or at best eliminated. Fees for higher education should be reduced so that more people can can afford to pay for education.