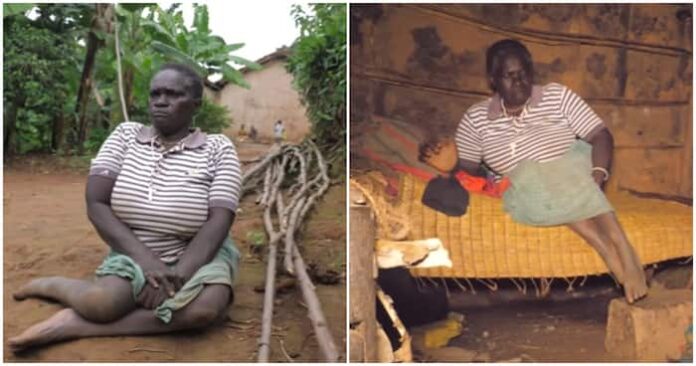 A woman who identified herself as Kamaliza Verena explained that she had spent 70 years of her life without having intimacy with any man.

The 70-year-old woman during an interview with Afrimax TV said that life seems quite unfair to her because she had always been a loving, caring and faithful person. She said she has waited for so long but she can’t seem to find a man for herself.

She said she has been waiting for her own man since she turned 20 years old and had waited for more than 50 years. Adding that sometimes she feels like it is too late for her to find a man.

Kamaliza said she is living a painful and difficult life owing to the fact that she did not have the chance to get a partner, make kids and have a complete family. She added that old age is already catching up with her as she often falls sick.

She suggested that her height could be one of the reasons she has not found a man. She said she used to take an offence when people speak about her stature but as she grows, she begins to understand that what matters is not one’s height or appearance but one’s attitude and personality.

She said she would like to know what it feels like to wake up in the chest of someone she loves. However, she said the chances of that happening are getting slimmer for her due to her age.

“I’m still a virgin. I never got married. I never produced kids. And I never lost any child, I did not even abort. I never slept with any man to know how it feels”, Kamaliza disclosed.

She said she sometimes wonders if there is something inside of her that maybe scares men away. She said she is on a quest of figuring out what that really is, hoping that maybe when she does, she will be able to find a partner.

Kamaliza said she has been keeping herself till she finds someone who will get married to her and spend the rest of their lives together. She said even though it seems too late, a miracle can still happen to her.

She said she remains optimistic that her man will come to her one day and they will build an intimate relationship together. She said it is not over until God says it is.