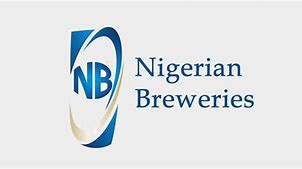 The Nigerian Breweries Plc said the company is the highest tax-paying firm in the manufacturing industry in Nigeria as it has paid N416 billion since 2016.

Chairman of the Board of Directors, Chief Kola Jamodu, disclosed this during the commissioning ceremony of N56 billion expansion civil works at Ama Brewery.

He said the firm had equally paid N423.9 million in 2021 in employee taxes, levies and other duties to the Enugu State government.

Commending the Enugu State Governor, Ifeanyi Ugwuanyi, for positioning the state as an investment destination and creating a conducive environment for businesses to thrive, Jamodu noted that once the expansion was completed, “this project will make our biggest brewery even bigger.”

“As you join us for what is a significant milestone for our business, I hope you will take out time to tour our brewery and see our world-class facilities first-hand. These are some of the machinery, equipment and lines that have kept us at the forefront of the beverage sector as Nigeria’s biggest brewer since 1946.

“We cannot take the credit for this alone. We have enjoyed the support of the federal government as well as the various state governments where our breweries are located.

“On this note, I wish to thank His Excellency, Governor Ifeanyi Ugwuanyi, for your efforts in positioning the state as an investment destination and creating a conducive environment for businesses.

“Indeed, our partnership with the state government has seen us invest hundreds of millions of naira in various community projects and social investment initiatives in the areas of health, education, community infrastructure and sports development.” He said.

The Board chairman, however, explained that the expansion project would be executed in two phases, adding that the first phase would be completed in 2022 in full compliance with the international environmental and safety standards.

“The impact of the expansion will lead to improved revenue and increased economic activities in the state.”

He added, “Today, we have 840 staff who contribute to the growth of Enugu State via tax payments and other levies.”

In his remarks, the president of Manufacturers Association of Nigeria, Mansur Ahmed, commended the Nigerian Breweries Plc for their resourcefulness in the manufacturing industry in the country, noting that Ama Brewery has become the most modern in the West African sub-region.

Ahmed, who was represented by the Director General, Segun Ajayi-Kadir, said the expansion project came at a time when virtually all macroeconomic indices were heading south.

“It takes a company with an admixture of strategic thinking and firm belief in the boundless possibilities of the Nigerian market to do so. It is on this note that I congratulate the Enugu State and Nigeria for being worthy hosts to a world class and socially responsible Brewery.

“Over the years, NB Plc has blazed the trail as a resilient business entity.

“It is a foremost contributor to the GDP in the Beverages sub-sector; a leading source of revenue to states and the federal governments and a commendable promoter of resource-based industrialisation in Nigeria.” He said.