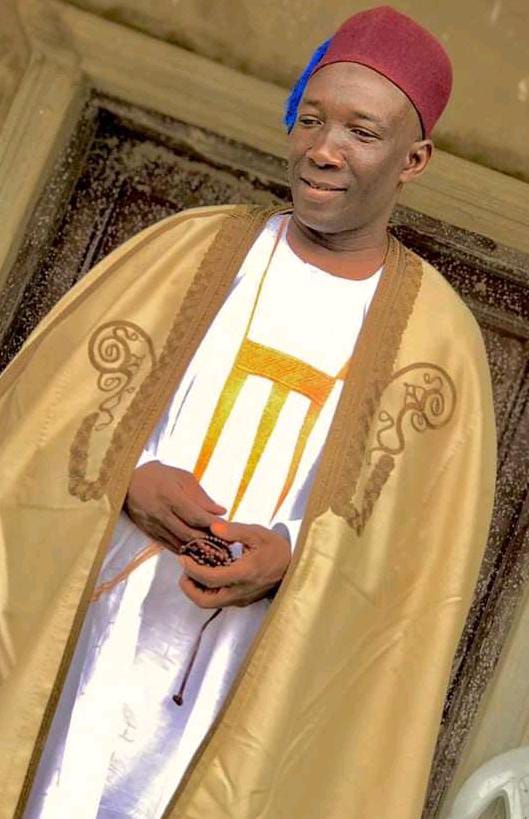 Askira Emirate has been thrown into a state of mourning over the death of its popular district head, Tata Mohammed Askirama, and his younger brother, Mohammed Indimi Askirama. 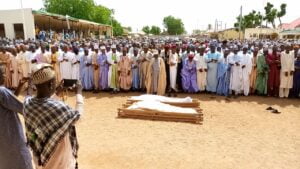 When Mohammed Askirama the second, the first class Emir of Askira, died some years back, everybody thought the district head who had on many occasions acted as the Emir of Askira will naturally succeed his father, but this did not happen, the late Emir’s first son Barrister Abdullahi Askirama was named as the third Emir’s of Askirama. 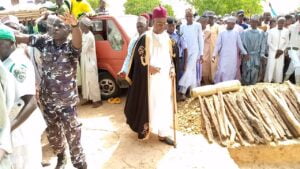 After the death of Mohammed Askirama, it was gathered that he left a will with 200 million naira cash in his account, with a directive that all the kingmakers should nominate his first son and directed that out of the 200 million naira, 62 million naira should be given to the new Emir to run the palace, and the remaining money should be shared to his children and wives. 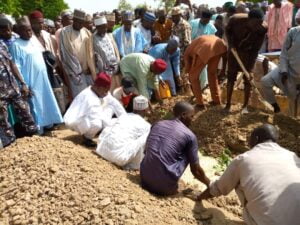 That was how the district head lost the throne, but he maintained his respect and prestige among his subjects. His relationship got worst with the Emir over the years, and things became difficult for the emirate and its ruler. 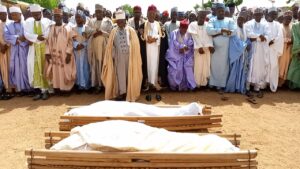 Recently four prominent members of the emirates were kidnapped by ISWAP, they are Bello Sarkin Fulani, Imrana Muhammed retired Navy, Barrister Kana Muhammed, and Babayo Askirama, all of them being the children of the late Emir except Bello and Kana.

The district head’s burial was attended by thousands of people in Askira town and villages, the Emir of Askira and top government official from Maiduguri.