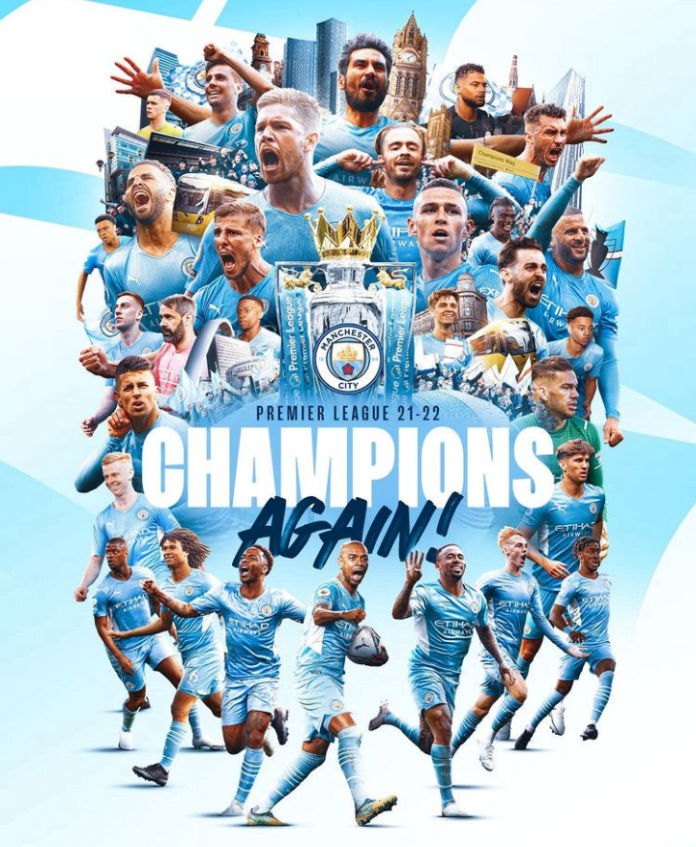 Manchester City have been crowned champions of the English Premier League for the sixth time after a hard fought 3-2 victory over Aston Villa at Etihad Stadium Sunday evening.

City finished the league one point (93) ahead of Liverpool Football Club (92), who beat Wolverhampton Wanderers 3-1.

Chelsea claimed the third spot with 74 points after beating Watford 2-1 at Stamford Bridge. 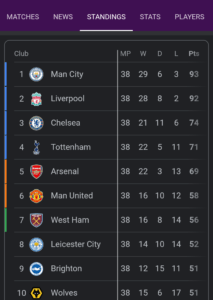 Tottenham Hotspur secured the fourth position making it to the Champions League with 71 points after trashing Norwich City 5-0. 71

Arsenal however, continues with the Europa League despite drowning Everton 5-1 at the Emirates Stadium, they ended the league with 69 points.

Manchester United failed to impress their new incoming coach Erik ten Hag as they were beaten by a lone goal away by Crystal Palace.

The three relegated teams, Burnley, Watford and Norwich lost their final matches sending them back to the Championship after failing to secure the needed points to continue in the elite league.