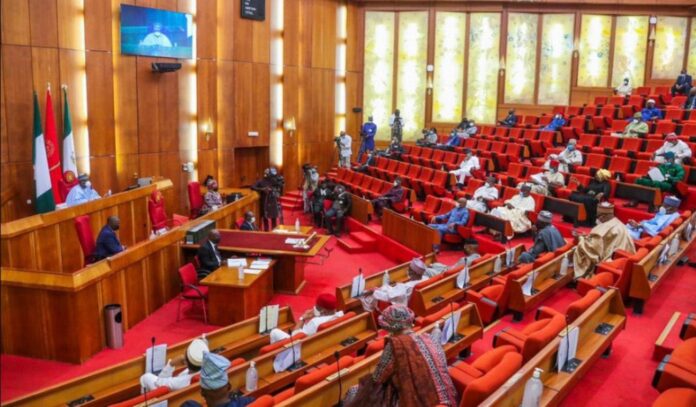 The National Assembly Lawmakers have begun the process to amend the newly passed 2022 Electoral Act.

This comes as the ‘Bill for an Act to Amend the 2022 Electoral Act No. 13 and for other related matters, 2022’ was read for the second time on the floor of the Senate during Tuesday’s plenary.

The bill seeks to amend Section 84(8) of the Electoral Act to make provision for delegates who will not be elected as ad-hoc delegates to participate in the conventions, congresses, or meetings of political parties in the country.

Earlier in his lead presentation, Deputy Senate President, Senator Ovie Omo-Agege, who sponsored the bill, outlined some of its importance, even as it relates to the lawmakers.

He noted that Section 84(8) of the Electoral Act is an error that should be corrected to allow statutory delegates to partake in major party activities, especially the primaries.

Despite being sponsored by a lawmaker of the All Progressives Congress (APC), some senators elected on the platform of the Peoples Democratic Party (PDP) and others went beyond political differences to support the bill.

“I think this is a very straightforward amendment,” said Senator Uche Ekwunife.

“Without this amendment, most of us will not have the liberty of voting during a convention.

“I support the amendment. Let us have it for second reading.”

Also, Senator Sabi Abdullahi, described the proposed legislation as straightforward and asked his colleagues to put on record that it was an error that happened inadvertently.

“We have seen the error and that is why we are back here to ensure nobody suffers any harm.”

Senator Aliyu Wammako, on his part, seconded the amendment moved by the Deputy Senate President.

According to him, the bill does not need further debate but should rather be put on a voice vote to allow the Senate to proceed with other matters.

Hence, the bill was read the second time and referred to the Committee of the Whole.