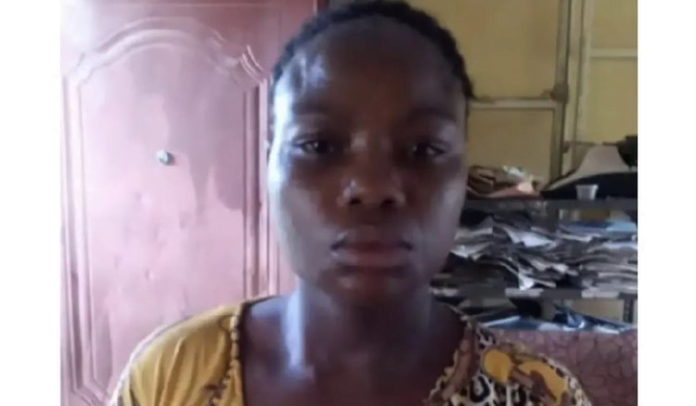 Operatives of the Ondo State Police Command have arrested a 39-year-old food vendor, for stabbing her ex-boyfriend in the stomach following a struggle over N5OO.

The victim identified as Lomi Alara Akinbinu allegedly pounced on the suspect and started beating her after she told him their relationship was over, according to the Nigerian Tribune.

READ ALSO:18-year-old arrested for stabbing brother to death in Bauchi

The relationship between the two lovers turned sour after the single mother-of-twins started receiving attention from a new lover, the medium stated.

A source in the area told the publication that the victim had visited the suspect’s home at lyalaje market area in Ondo West Local Government Area in early hours of that day but met her twin children and gave them the sum of N5OO, then left.

The victim returned to the house in the evening only to meet Sola and her new lover which irritated him. She told him to leave her house as she was no longer interested in him, the source added.

Lomi, who was reportedly enraged by the conduct, demanded that the suspect accompany him home, but she declined. As a result, he demanded that she returned the N5OO he had earlier given her children for food.

“My ex-boyfriend came to my house in the afternoon and gave my twins five hundred naira for feeding.

“In the evening, he returned to my house and said that he would stay the night at my house. But I told him that I was no longer interested in him. Then he demanded the money he had given my twins. And I instantly handed over the cash. He suddenly began to beat me. He hit me because he met my current boyfriend with me when he came to my place.

“He became enraged and began to beat me. So, when I realized he had overpowered me, I stabbed him in the stomach with a knife,” Sola explained.

The victim was taken to the Trauma Centre for treatment, while the suspect was apprehended and charged to court, according to the police.