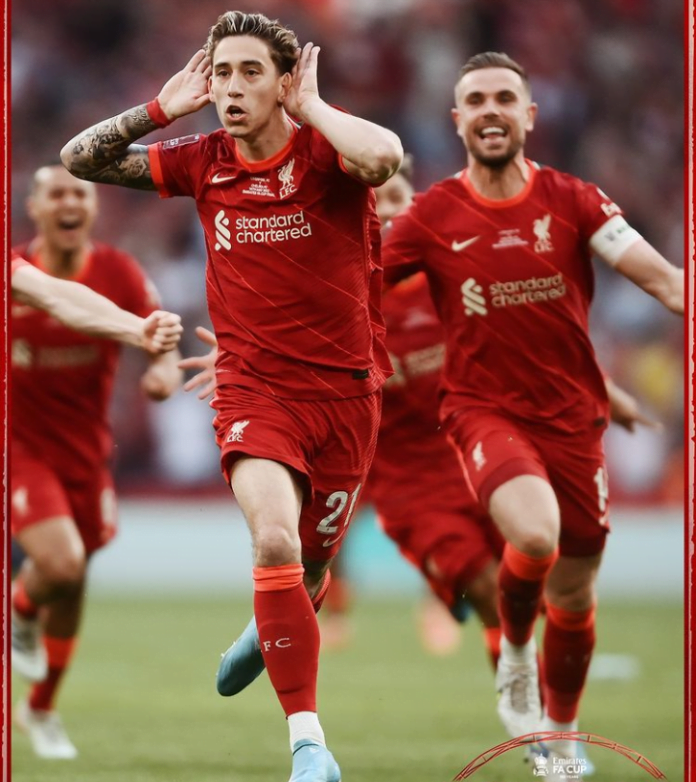 Liverpool Football Club on Saturday evening clinched the 2021/22 English FA Cup after beating Chelsea 6-5 on penalties at the Wembley Stadium for the eighth time.

Liverpool took hold of the first 15 minutes which presented them three good chances for Luis Diaz to find the back of the net but that did not materialize before both teams found their rhythm and it ended 0-0 before the break.

The cheering spectators from both teams were expectant of a more improved performance but they were disappointed after the game ended in a barren draw in the second 45 and at extra time.

The winner was finally decided in a penalty shoot-out. Chelsea’s skipper, Cesar Azpilicueta, tries to find the right-hand corner but missed the shot also, Sadio Mane played the ball into the hand Eduard Mendy. 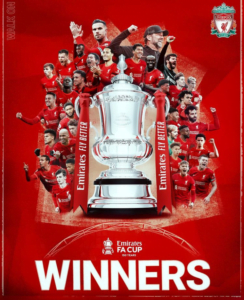 Liverpool only needed to score to clinch the cup and and substitute Tsimikas delivered a shot sending Mendy to the opposite direction giving the Reds their eighth FA Cup after 6-5 shoot-out.

Chelsea on the other hand had missed their FA Cup final in three times in a row.