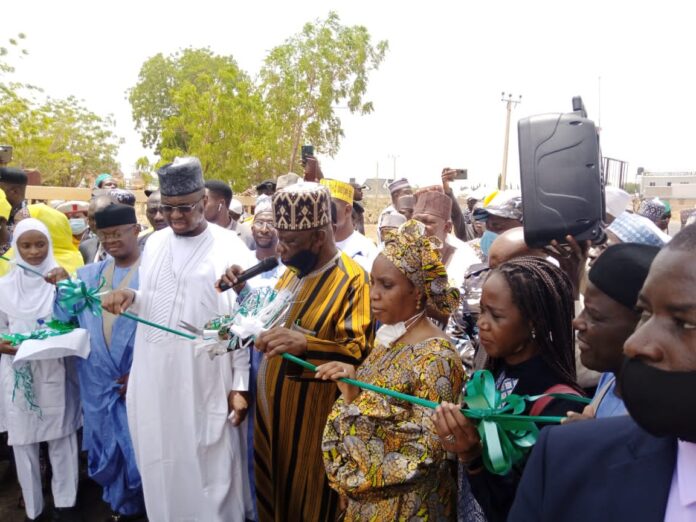 The MTN Foundation, a charity organisation under the MTN telecommunication company has donated medical equipment worth N100 million to the Federal Teaching Hospital Gombe in Gombe State.

The Chairman of the Foundation, Mr Julius Adelusi Adeluyi, represented by the executive secretary of the foundation Mrs Odunayo Sanya, during the official handover of the equipment to the hospital’s management, explained that the equipment include two complete sets of dental chairs to assist the dentist in performing examinations, extractions, and oral surgeries.

Other pieces of equipment were two gynaecology endoscopy operation sets to easily view the outside of the uterus, ovaries, and fallopian tubes and aid in completing surgery within an hour; and an ear, nose and throat console workstation with treatment accessories unit to aid proper examination and treatment of the ear, nose and throat patients.

According to her, the gesture was part of their corporate social responsibilities aimed at improving the quality of life through partnerships in communities where MTN operates.

“Prior to this donation, we have upgraded primary health care facilities in some local government areas of the state.

“In addition to that, no fewer than 4,377 persons across the state have benefited from the MTN medical outreach in the state”, Sanya said.

In his remarks, the Gombe State Governor, Inuwa Yahaya, represented by his deputy, Manasseh Jatau, lauded the MTN Foundation for the donation and charged corporate entities and well-meaning individuals in the state to complement the government’s efforts by giving back to the society.

He opined that critical sectors like health need interventions from stakeholders noting that the government alone cannot shoulder all the responsibilities of the people due to paucity of funds.