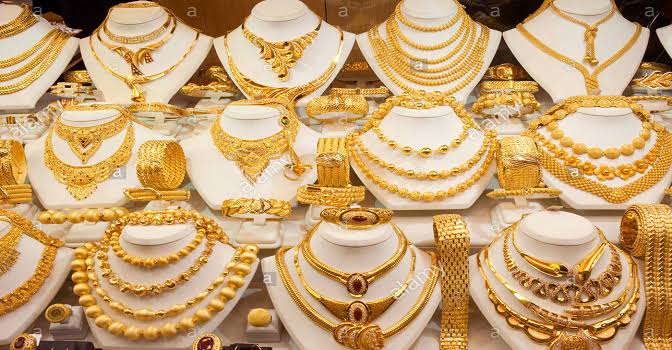 Adegbite made this known on Friday in Abuja while conducting a graduation ceremony for 21 selected youths trained in jewellery making.

According to him, the federal government is making effort to make sure value is added to raw gold mined locally to attract foreigners and make Nigeria a gold jewellery destination.

He said that the training as the first of its kind was organised to strengthen the local production of jewellery, create jobs, and increase livelihood standards and the creativity of Nigerians.

He said that the training they acquired would also serve as import substitution as Nigeria is a large consumer of jewellery products from the United Arab Emirates, India, China and Europe.

He noted that the gemstone and jewellery industry in the country remains underdeveloped, as gems are mined by artisanal operators and sold as rough stones in Germany, Indonesia, Sri Lanka and the United States.

He said that value addition to Nigerian gold and gemstone was critical to the diversification of the current government, as it moves away from over-dependence on oil.

“We discovered that our gold is leaving Nigeria shore on a daily basis in raw form to other countries and after the gold is converted to jewellery the price will become so high that common man cannot afford it.

“We are going to retain our raw gold and add value to it and sell to our people.

“We are currently building Gold Souk in Kano and Gemstone in Ibadan where our raw gold will be converted to pieces of jewellery and we can also export them.

“We have trained 21 youths as the first set selected across the country to also train others in jewellery making and they will be empowered with starter packs,’’ he said.

Dr Sallim Salaam, the Coordinator of Mineral Sector Support for Economic Diversification (MinDiver) Project, said that the training that started in October 2021 was sponsored by the MMSD and the World Bank.

Salaam said that the trainers were drawn from different countries such as Belgium, and Germany, among others, adding that the trainees were certified upon completion of their training.

“We expect them to go back to their states and open clusters with the assistance of the state governments to also train more people on gemstone cutting, polishing among others,’’ he said.

Mr Peter Vermandere, a Belgian trainer, said that the training was a big project, adding that the trainees had learnt new ways of improving and designing pieces of jewellery.

A trainee from Edo, Ms Jessica Ogiuva, who spoke on behalf of other participants, appreciated the opportunity given to them.

She promised that they would share the knowledge acquired with others in their respective states.