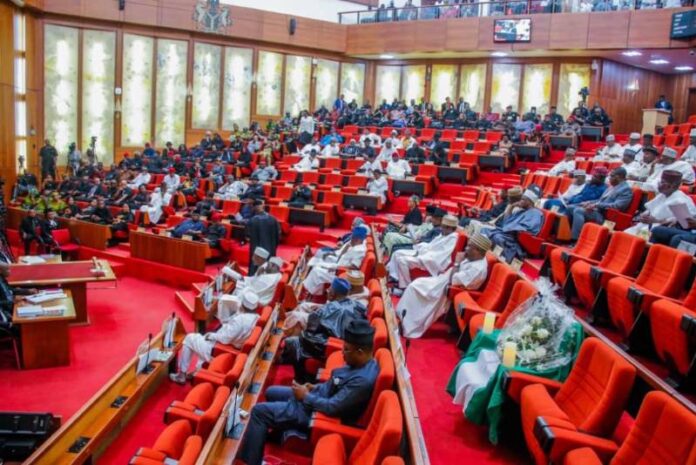 The Senate has mourned the death of soldiers and civilians killed by armed persons in the southern part of Taraba State.

Bandits have killed six soldiers and civilians during an attack at Tati, a village in Takum Local Government Area in the state.

The Nigerian Military said in an internal communication issued by the 93 Battalion in Takum, that the commanding officer of the battalion, E.S Okore, a lieutenant colonel, is yet to be accounted for.

The signal said the incident happened around 10 a.m. on 10t May 2022. It stated that the bandits in the clash outnumbered the troops.

Ezrel Tabiowo, media aide to the president of the Senate, in a statement, said under Order 42 of the Senate Standing Orders 2022 as amended, Mr Bwacha drew the attention of the chamber to the incidents of banditry and terrorism that occurred in Southern Taraba during the Sallah break.

The lawmaker said the attackers came on motorbikes and killed over 40 people, including soldiers who were mobilised to protect the community.

Mr Bwacha consoled military authorities over the loss of its officials in the line of duty, the statement said.

He appealed to the Federal Government to direct the relevant agencies to provide relief materials to the victims of the attack.

Mr Tabiowo said Senate President Ahmad Lawan urged Nigerians to support the military by providing the needed motivation and information to enable them to tackle the problem of insecurity.

The Senate, thereafter, observed a minute of silence for all those killed by the terrorists, the statement added.