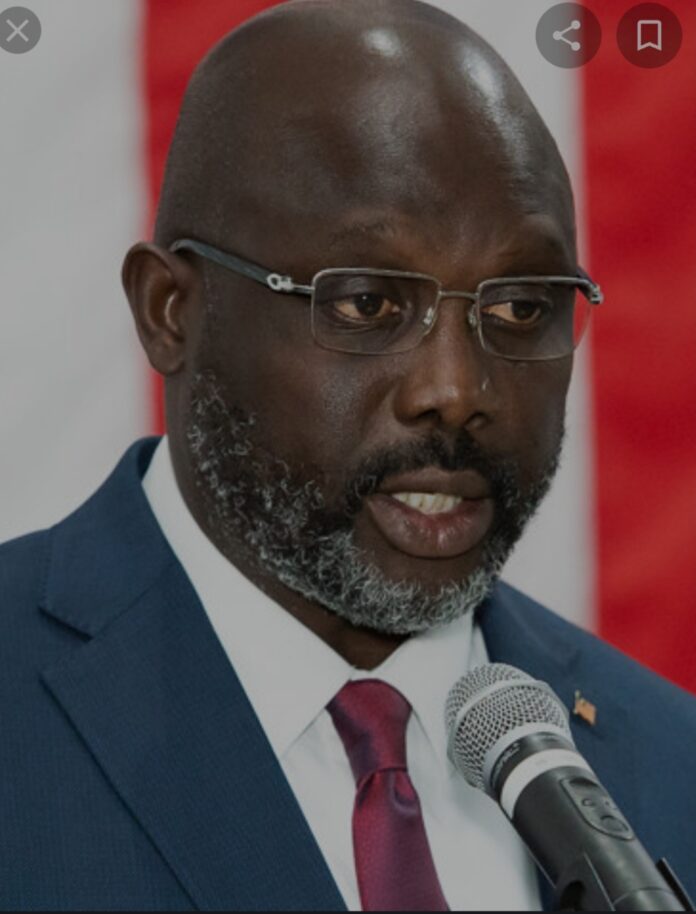 A video making the rounds on social media captured the moment President George Weah of Liberia hopped on the Buga challenge at a public function.

READ ALSO: I want a man to get me pregnant and leave – 42-year-old lady

President Weah appeared just like young and energetic youths who have been participating in the challenge since it started several weeks ago.

The president didn’t mind the fact that he was fully suited as he moved his body, twisted his waist and even jumped on his feet at some point.

Watch the video below: