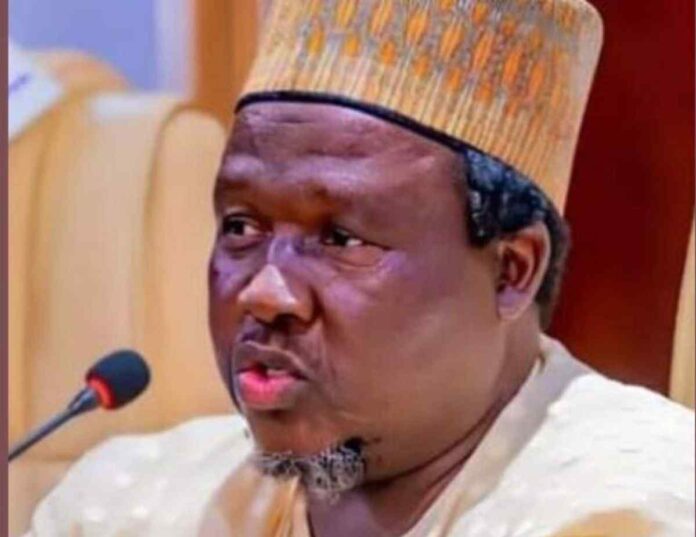 The running mate of the All Progressives Congress (APC) flagbearer, Asiwaju Bola Tinubu, and a chieftain of the party, Kabir Masari, said he had been uplifted by his nomination as he receives thousands of congratulatory calls and messages daily.

Masari stated this in an interview with the Voice of America (VOA) Hausa service on Thursday.

Revealing how he was picked, he said someone called him around 3 am on that fateful day and informed him that he would be the running mate of the APC presidential candidate.

He said, “I was told that I would fill a form and return immediately. The form was brought to me and I filled and returned as directed,” he said.

On whether he’s the party’s placeholder, Masari maintained that I don’t know what you mean by that.

“I am a realist and someone who believes in destiny. In the first place, this opportunity, to me, came as a surprise. I never envisaged in my wildest dream that I will be picked. But when it happened, it was God’s wonders. So nothing is impossible.”

He continued, “I feel honoured for this great opportunity. So, if at the end of the day it became otherwise. I will accept it as a will of God. More than anything, God has uplifted me.

“Do you know that since I was picked as Tinubu’s running mate, I have been inundated with phone calls from every part of the country wishing me luck. To say the least, I receive nothing less than 500 text messages. Over 200 on WhatsApp and 300 on SMS. That’s a rare privilege. It is only God that uplifts His servant.”

On the Muslim /Muslim ticket, Masari noted there’s nothing wrong with that, saying Nigerians should be concerned about development instead of tying down “our day-to-day activities with religious issues.”

Many Christians and Muslims have been killed. So both of us must unite to salvage the situation. So, candidates must be assessed on their antecedents. The APC presidential candidate has performed credibly well based on his past records,” he declared.